Artículos relacionados a Spells for Eternity: The Ancient Egyptian Book of the...

John H. Taylor Spells for Eternity: The Ancient Egyptian Book of the Dead

Spells for Eternity: The Ancient Egyptian Book of the Dead 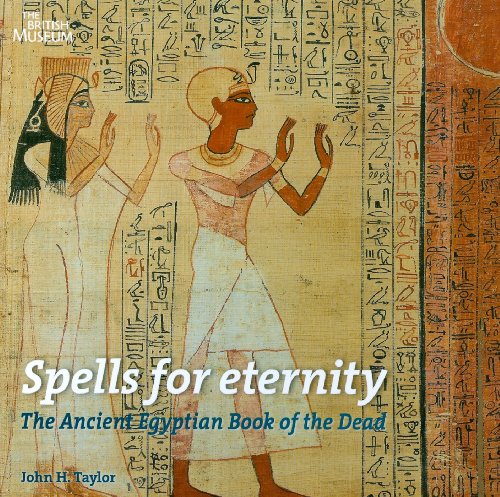 Keynote An accessible and beautifully illustrated introduction to the Books of the Dead the collections of magical spells on papyrus that the Egyptians believed would help them safely reach their afterlife. Sales points A concise introduction to the perennially fascinating subject of ancient Egyptian attitudes to death and the dead The British Museum holds an unequalled collection of Book of the Dead manuscripts on papyri New photography captures the exquisite detail of the painted vignettes that accompany the spells Published to accompany a major exhibition at the British Museum, 4 November 2010 6 March 2011 Description For most ancient Egyptians, life on earth was short. But death was not an end; it was merely the entering of a new phase of being. They believed that the afterlife was a real place, but various obstacles, torments and judgements had to be overcome to reach it. To ensure a safe passage, wealthy Egyptians took with them specially commissioned compilations of spells, written on papyrus rolls. There was a large number of spells to choose from: spells for obtaining air, food and water; for transforming your body into another form, such a bird or lotus; for warding off hostile snakes and crocodiles; for preventing your heart from disclosing all your sins; for not permitting others to steal your body parts and soul; for not doing work in the realm of the dead, and so on. Through these fragile papyrus texts and vignettes and a selection of other funerary objects, this book reveals what the ancient Egyptians believed lay between life and the afterlife. The Author John H. Taylor is a curator at the British Museum specializing in ancient Egyptian funerary archaeology.

1. Spells for Eternity: The Ancient Egyptian Book of the Dead