Artículos relacionados a Laughter at the Foot of the Cross

Screech, M. A. Laughter at the Foot of the Cross

Laughter at the Foot of the Cross 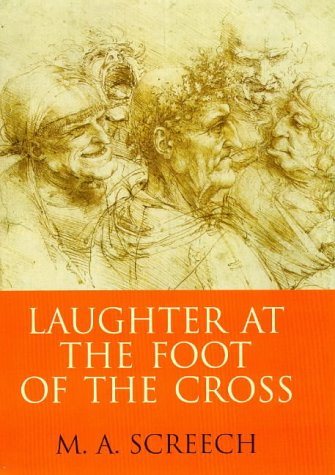 This book examines changing Christian attitudes to laughter and their deep influence on literary practice. Rabelais often comically distorted the words of Jesus, making us laugh at his grotesque character, the gluttonous Gargantua, whilst Erasmus adopted the satirical style of Lucian (a Greek author openly contemptuous of Christianity) to poke fun at clerical abuses. Screech, a master scholar, brilliantly illuminates both the background to their works and their extraordinary individual achievements.

MICHAEL SCREECH is an Extraordinary Fellow of Wolfson College and an Emeritus Fellow of All Souls College, Oxford, a Fellow of the British Academy and of the Royal Society of Literature, and a Fellow of University College London. He is a Renaissance scholar of international renown, and he has edited, translated and written extensively for Penguin.

1. Laughter at the Foot/the Cross