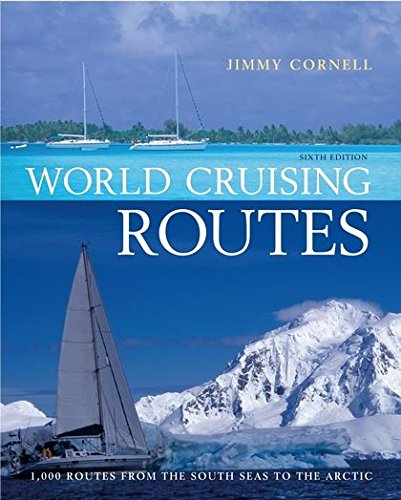 A comprehensive guide to nearly 1000 sailing routes covering all the oceans of the world from the tropical South Seas to the high latitudes of the Arctic and Antarctic, geared specifically to the needs of cruising sailors. It contains information on the winds, currents, and regional and seasonal weather, as well as suggestions concerning optimum times for individual routes. Over 6000 waypoints are provided to assist skippers in planning individual routes.

Jimmy Cornell has influenced the contemporary cruising scene more than any other sailor. He is an acknowledged authority on ocean cruising and was the founder of the cruising rally concept over 15 years ago with the ARC Transatlantic rally, the Transarc and numerous Round the World Rallies in which over 3,000 boats and 15,000 sailors have participated. Sailing continues to be Jimmy's overriding passion, and in the last 25 years he has sailed more than 150,000 miles in all oceans of the world.

Comprar usado
Condiciůn: Bien
The book has been read, but is... Ver este artŪculo

Descripciůn Paperback. Condiciůn: Very Good. The book has been read, but is in excellent condition. Pages are intact and not marred by notes or highlighting. The spine remains undamaged. Nļ de ref. del artŪculo: GOR002349356