The Hero with a Thousand Faces (Bollingen Series (General)) 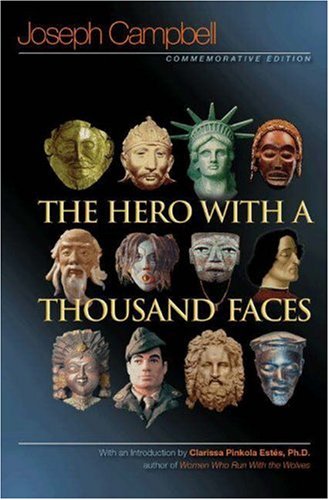 Campbell's words carry extraordinary weight, not only among scholars but among a wide range of other people who find his search down mythological pathways relevant to their lives today... The book for which he is most famous, The Hero with a Thousand Faces, [is] a brilliant examination, through ancient hero myths, of man's eternal struggle for identity. Time Magazine The Hero With a Thousand Faces was first published 55 years ago, but continues to speak to us with a timeless eloquence and spiritual urgency that quicken the soul. -- Gabor Mate Toronto Globe and Mail

Joseph Campbell's classic cross-cultural study of the hero's journey has inspired millions and opened up new areas of research and exploration. Originally published in 1949, the book hit the New York Times best-seller list in 1988 when it became the subject of The Power of Myth, a PBS television special. Now, this legendary volume, re-released in honor of the 100th anniversary of the author's birth, promises to capture the imagination of a new generation of readers.

The first popular work to combine the spiritual and psychological insights of modern psychoanalysis with the archetypes of world mythology, the book creates a roadmap for navigating the frustrating path of contemporary life. Examining heroic myths in the light of modern psychology, it considers not only the patterns and stages of mythology but also its relevance to our lives today--and to the life of any person seeking a fully realized existence.

Myth, according to Campbell, is the projection of a culture's dreams onto a large screen; Campbell's book, like Star Wars, the film it helped inspire, is an exploration of the big-picture moments from the stage that is our world. Offered for the first time with beautifully restored illustrations and a bibliography of cited works, it provides unparalleled insight into world mythology from diverse cultures. It is a must-have resource for both experienced students of mythology and the explorer just beginning to approach myth as a source of knowledge.

1. THE HERO WITH A THOUSAND FACES:

3. THE HERO WITH A THOUSAND FACES: