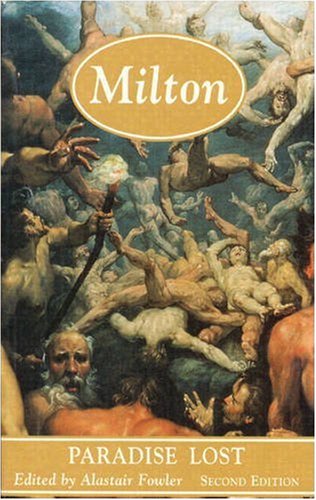 For forty years Fowler's magisterial edition of Milton(done in partnership with John Carey) has established the benchmark for erudite commentary in his field. The Guardian Reviews of previous edition: "This is a very Bible of a Milton, and the editors should be upheld forever as the supreme example to all future editors and annotators of English verse." Selina Hastings, The Daily Telegraph "Those familiar with the complexities and indecisions of Miltonscholarship know how formidable a task it is to prepare an adequately annotated edition of the poems. Mr Carey and Mr Fowler have tackled this task with zest and discrimination as well as perseverance. For several years to come their work will be indispensable to both scholars and students." The Times Literary Supplement Revised: "An invaluable reference work for the advanced student and scholar." "Year's work in English studies"

Paradise Lost is the greatest work of one of the most acclaimed poets in English literature. It has had a profound influence on Western culture, and has attracted a vast amount of critical commentary of every sort. First published in 1968, Alastair Fowler's annotated edition of Paradise Lost is acknowledged as the most authoritative guide to this major work, and to the critical analysis that it has prompted. This important new edition maintains the detailed annotation that has for many years provided an interesting and comprehensive explanation to this difficult but compelling poem, making it accessible both to the student and the general reader. It is the only recent edition of Paradise Lost to be based on the text of the first (1667) edition, now widely accepted to be closer to Milton's intention than that of 1674. The revised introduction describes the poem and its remarkable critical reception, surveying the nine thousand or so critical contributions devoted to it, not least during the last thirty years. Besides providing glosses and illustrations of sources and analogues, the notes refer to extra-literary contexts, religious, political and scientific, and aim in particular to explain Milton's imaginary astronomy more fully than any other edition has attempted. The notes also provide an unusual amount of critical commentary, in such a way as to engage with current thought about the poem. They assimilate or reject much criticism of Paradise Lost, giving guidance on the current issues, and what sorts of assumptions and interpretations need to be made by an informed reader.