Artículos relacionados a Nocturnes: Five Stories of Music and Nightfall 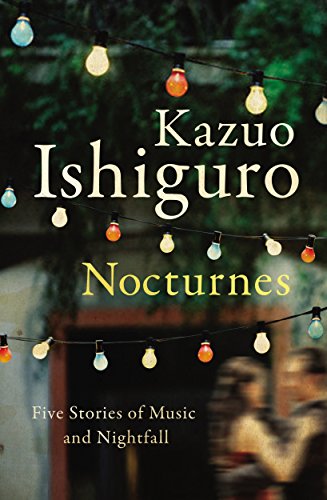 'It was our third time playing the Godfather theme since lunch...' In a sublime short story collection, Kazuo Ishiguro explores ideas of love, music and the passing of time. From the piazzas of Italy to the Malvern Hills, a London flat to the 'hush-hush floor' of an exclusive Hollywood hotel, the characters we encounter range from young dreamers to cafe musicians to faded stars, all of them at some moment of reckoning. Gentle, intimate and witty, this quintet is marked by a haunting theme: the struggle to keep alive a sense of life's romance, even as one gets older, relationships flounder and youthful hopes recede. If you enjoyed Nocturnes: Five Stories of Music and Nightfall, you might also like Ishiguro's The Remains of the Day, now available in Faber Modern Classics.

Kazuo Ishiguro's seven published books have won him wide renown and many honours around the world. His work has been translated into over forty languages. The Remains of the Day and Never Let Me Go have each sold in excess of 1,000,000 copies in Faber editions alone, and both were adapted into highly acclaimed films. His latest novel is The Buried Giant.