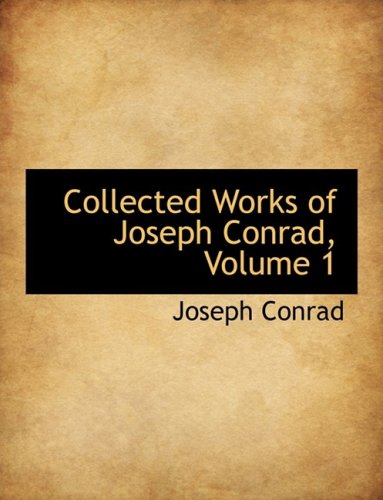 This is a pre-1923 historical reproduction that was curated for quality. Quality assurance was conducted on each of these books in an attempt to remove books with imperfections introduced by the digitization process. Though we have made best efforts - the books may have occasional errors that do not impede the reading experience. We believe this work is culturally important and have elected to bring the book back into print as part of our continuing commitment to the preservation of printed works worldwide.

Polish author Joseph Conrad is considered to be one of the greatest English-language novelists, a remarkable achievement considering English was not his first language. Conrad s literary works often featured a nautical setting, reflecting the influences of his early career in the Merchant Navy, and his depictions of the struggles of the human spirit in a cold, indifferent world are best exemplified in such seminal works as Heart of Darkness, Lord JimM, The Secret Agent, Nostromo, and Typhoon. Regarded as a forerunner of modernist literature, Conrad s writing style and characters have influenced such distinguished writers as F. Scott Fitzgerald, Ernest Hemingway, William S. Burroughs, Hunter S. Thompson, and George Orwell, among many others. Many of Conrad s novels have been adapted for film, most notably Heart of Darkness, which served as the inspiration and foundation for Francis Ford Coppola s 1979 film Apocalypse Now.