Artículos relacionados a On Kant (Philosophy) 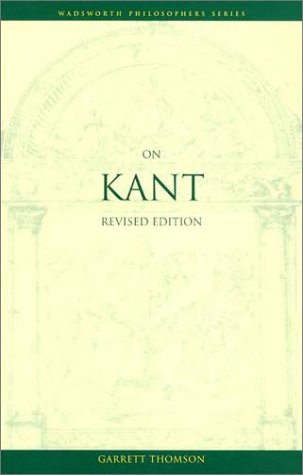 ON KANT, like other titles in the Wadsworth Philosopher's Series, offers a concise, yet comprehensive, introduction to this philosopher's most important ideas. Presenting the most important insights of well over a hundred seminal philosophers in both the Eastern and Western traditions, the Wadsworth Philosophers Series contains volumes written by scholars noted for their excellence in teaching and for their well-versed comprehension of each featured philosopher's major works and contributions. These titles have proven valuable in a number of ways. Serving as standalone texts when tackling a philosophers' original sources or as helpful resources for focusing philosophy students' engagements with these philosopher's often conceptually daunting works, these titles have also gained extraordinary popularity with a lay readership and quite often serve as "refreshers" for philosophy instructors.