Artículos relacionados a A Dictionary of Literary Symbols

A Dictionary of Literary Symbols 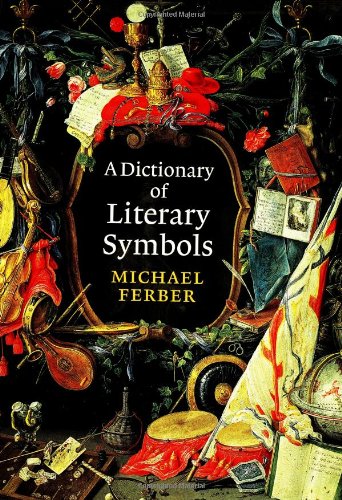 In the first dictionary of symbols to be based on literature, Michael Ferber explains and illustrates the literary symbols that we all encounter, ranging widely from the Bible and classical authors to the twentieth century. Its informed style and rich references make this book essential reading for scholars and students.

'Rich in detail ... students, in particular, and other serious readers of poetry, should find the work very useful.' Frank Kermode

'One's admiration for Michael Ferber's alert and ubiquitous eye increases with every page as he proceeds on his richly laden way from 'Absinthe see Wormwood: to Zodiac see Star, Sun'. A Dictionary of Literary Symbols is an anthology of striking images set in their historical context, and thus of general educational value.' D. J. Enright, The Times Literary Supplement

This is the first dictionary of symbols to be based on literature, rather than 'universal' psychological archetypes, myths, or esoterica. Michael Ferber has assembled nearly two hundred entries clearly explaining and illustrating the literary symbols that we all encounter (such as swan, rose, moon, gold), along with hundreds of cross-references and quotations. The Dictionary concentrates on English literature, but its entries range widely from the Bible and classical authors to the twentieth century, taking in American and European literatures. Its informed style and rich references will make this book an essential tool not only for literary and classical scholars, but for all students of literature.

1. A Dictionary of Literary Symbols

2. A DICTIONARY OF LITERARY SYMBOLS