Artículos relacionados a E. taylor my love affair with jewelry 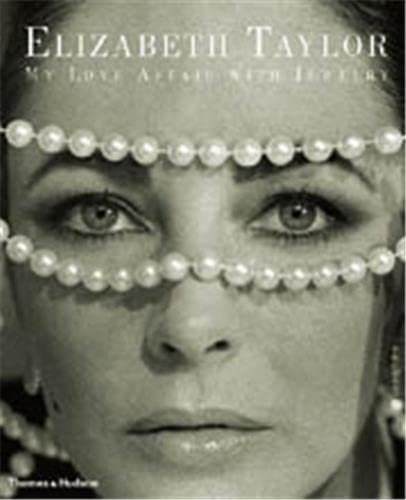 Reseńa del editor:
From an early age Elizabeth Taylor has loved jewellery and she wears it with a style all her own. Her collection has been appraised as one of the best private collections in the world, and includes pieces by Van Cleef & Arpels, Cartier, Bulgari, Ruser and Schlumberger. Once when she was asked why she had so many diamonds, she replied, "because they are my passion". The story of her jewellery illuminates her life: her romances with Mike Todd and Richard Burton; her friendships with Rock Hudson, Roddy McDowell, Michael Jackson and others; and her triumphs and her setbacks. It also recalls a time when Hollywood represented royalty, American style. Each of the 14 chapters opens with a story about Miss Taylor, told in the first person. Each features portraits of the jewels in over 100 specially commissioned photographs, and shows Miss Taylor wearing the jewellery. Each story marks an episode in her extraordinary life and is told in an informal, intimate style.
Biografía del autor:
Elizabeth Taylor is the ultimate movie star. Since her starring role in National Velvet at the age of twelve, she has displayed a screen presence that has followed her over the course of six decades, earning her two Oscars and making her the single greatest living legend in Hollywood.

Descripción Condición: Good. Good++ in a Good++ dust jacket; Softcover; Few minor scuffs to the edges of the jacket, which is otherwise clean and intact, and has not been price-clipped (Now fitted with a new, Brodart jacket protector); Light wear to the boards; Unblemished textblock edges; Endpapers and text pages are all unmarked except for a 1/2" crease at the top of spine area; Good binding; This book will be shipped in a sturdy cardboard box with foam padding; Large Format (11.75" - 12.75" tall); Jacket photo of Elizabeth Taylor, and title in white lettering; 2002, Simon & Schuster Publishing; 240 pages; "Elizabeth Taylor: My Love Affair with Jewelry," by Elizabeth Taylor. Nş de ref. del artículo: SKU-404AB04708161