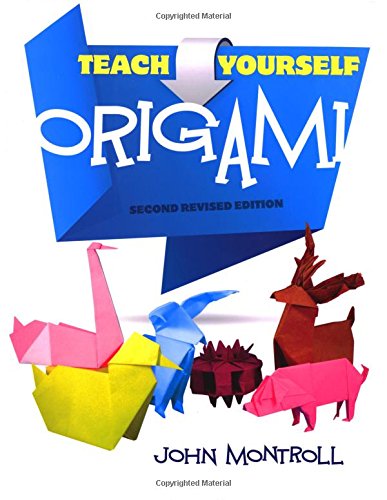 Origami master John Montroll introduces nearly 50 figures that range from simple to sophisticated. They're perfect for those who are familiar with the basics but seek more challenging models as well as for experienced folders. Models include a cup, hat, sailboat, crane, frog, and fish for beginners; a pheasant, robin, pig, and octahedron for intermediate folders; and a deer, elephant, bee, and waterwheel for advanced origamists ― plus many other imaginative figures. Clear instructions and crisp diagrams accompany each project.

1. Teach Yourself Origami (Paperback or Softback)