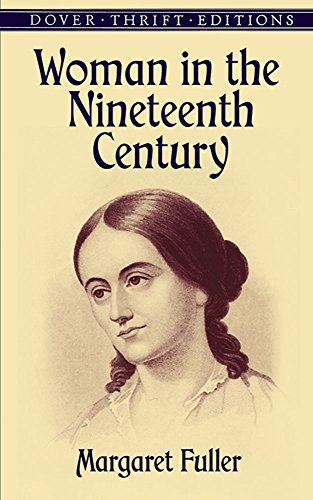 In this influential book, the prototypical feminist writer of her day addressed a range of issues, from the Woman Question to prostitution and slavery, marriage and employment reform, and the European revolutionary movements of the 1840s. A thought-provoking challenge to contemporary assumptions of male privilege, it is a feminist literature classic.

Woman in the Nineteenth Century (Paperback)

Descripción Paperback. Condición: New. New edition. Language: English. Brand new Book. A woman of many gifts, Margaret Fuller (1810-1850) is most aptly remembered as America's first true feminist. In her brief yet fruitful life, she was variously author, editor, literary and social critic, journalist, poet, and revolutionary. She was also one of the few female members of the prestigious Transcendentalist movement, whose ranks included Ralph Waldo Emerson, Henry David Thoreau, Elizabeth Palmer Peabody, Nathaniel Hawthorne, and many other prominent New England intellectuals of the day. As co-editor of the transcendentalist journal, The Dial, Fuller was able to give voice to her groundbreaking social critique on woman's place in society, the genesis of the book that was later to become Woman in the Nineteenth Century. Published in 1843, this essay was entitled "The Great Lawsuit: Man versus Men, Woman versus Women."First published in book form in 1845, Woman in the Nineteenth Century was correctly perceived as the controversial document that it was: receiving acclaim and achieving popular success in some quarters (the first printing sold out within a week), at the same time that it inspired vicious attacks from opponents of the embryonic women's movement. In this book, whose style is characterized by the trademark textual diversity of the transcendentalists, Fuller articulates values arising from her passionate belief in justice and equality for all humankind, with a particular focus on women. Although her notion of basic rights certainly includes those of an educational, economic, and legal nature, it is intellectual expansion and changes in the prevailing attitudes towards women (by men and women) that Fuller cherishes far above the superficial manifestations of liberation. A classic of feminist thought that helped bring about the Seneca Falls Women's Convention three years after its publication, Woman in the Nineteenth Century inspired her contemporaries Elizabeth Cady Stanton and Susan B. Anthony to speak of Fuller as possessing "more influence upon the thought of American women than any woman previous to her time.". Nş de ref. del artículo: AAC9780486406626

Woman in the Nineteenth Century

Woman in the Nineteenth Century (Paperback or Softback)