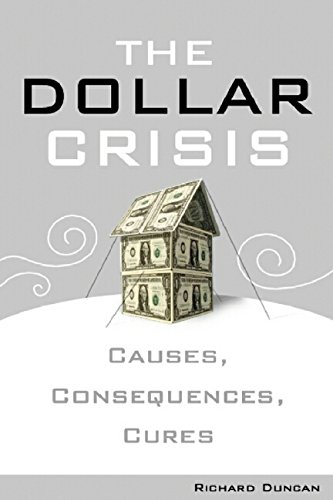 The first book to confront the imminent dollar crisis. Given the current global economic situation, a dollar crisis seems imminent. It is predicted that the series of financial and currency crises in recent years will soon culminate in the collapse of the U.S. dollar, facilitating a worldwide economic slump. This timely and challenging book brings together the origins of this crisis and the solutions that will help counter global imbalance. Filled with in-depth insights and practical advice, "The Dollar Crisis" is a highly relevant guide for all markets, since the collapse of the U.S. dollar will result in global destabilization impacting capital markets everywhere. Richard Duncan (Hong Kong) has worked as a financial analyst in Asia for more than fifteen years. During his career, he has worked for leading companies such as Salomon Brothers, HSBC Securities, International Monetary Fund, and The World Bank.