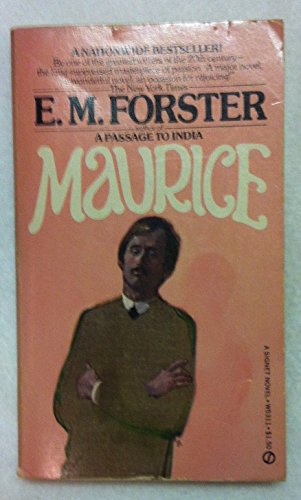 An astonishingly frank and deeply autobiographical account of homosexual relationships in an era when love between men was not only stigmatised, but also illegal, E.M. Forster's Maurice is edited by P.N. Furbank with an introduction by David Leavitt in Penguin Classics. Maurice Hall is a young man who grows up confident in his privileged status and well aware of his role in society. Modest and generally conformist, he nevertheless finds himself increasingly attracted to his own sex. Through Clive, whom he encounters at Cambridge, and through Alec, the gamekeeper on Clive's country estate, Maurice gradually experiences a profound emotional and sexual awakening. A tale of passion, bravery and defiance, this intensely personal novel was completed in 1914 but remained unpublished until after Forster's death in 1970. Compellingly honest and beautifully written, it offers a powerful condemnation of the repressive attitudes of British society, and is at once a moving love story and an intimate tale of one man's erotic and political self-discovery. In his introduction, David Leavitt explores the significance of the novel in relation to Forster's own life and as a founding work of modern gay literature. This edition reproduces the Abinger text of the novel, and includes new notes, a chronology and further reading. E. M. Forster (1879-1970) was a noted English author and critic and a member of the Bloomsbury group. His first novel, Where Angels Fear To Tread appeared in 1905. The Longest Journey appeared in 1907, followed by A Room With A View (1908), based partly on the material from extended holidays in Italy with his mother. Howards End (1910) was a story that centred on an English country house and dealt with the clash between two families, one interested in art and literature, the other only in business. Maurice was revised several times during his life, and finally published posthumously in 1971. If you enjoyed Maurice, you might like Forster's A Room With a View, also available in Penguin Classics.

As Maurice Hall makes his way through a traditional English education, he projects an outer confidence that masks troubling questions about his own identity. Frustrated and unfulfilled, a product of the bourgeoisie he will grow to despise, he has difficulty acknowledging his nascent attraction to men.

At Cambridge he meets Clive, who opens his eyes to a less conventional view of the nature of love. Yet when Maurice is confronted by the societal pressures of life beyond university, self-doubt and heartbreak threaten his quest for happiness.

Descripción Signet. Paperback. Condición: VERY GOOD. Pages are intact and are not marred by notes or highlighting, but may contain a neat previous owner name. The spine remains undamaged. Supplemental materials are not guaranteed with any used book purchases. Nş de ref. del artículo: 0451053117_abe_vg

Descripción Signet, 1973. Condición: Good. A+ Customer service! Satisfaction Guaranteed! Book is in Used-Good condition. Pages and cover are clean and intact. Used items may not include supplementary materials such as CDs or access codes. May show signs of minor shelf wear and contain limited notes and highlighting. Nş de ref. del artículo: 0451053117-2-4

Descripción Signet. Mass Market Paperback. Condición: GOOD. Spine creases, wear to binding and pages from reading. May contain limited notes, underlining or highlighting that does affect the text. Possible ex library copy, will have the markings and stickers associated from the library. Accessories such as CD, codes, toys, may not be included. Nş de ref. del artículo: 3169087000

Descripción Signet. Mass Market Paperback. Condición: Good. Item is in good condition. Some moderate creases and wear. This item may not come with CDs or additional parts including access codes for textbooks. Might be an ex-library copy and contain writing/highlighting. Nş de ref. del artículo: DS-0451053117-3