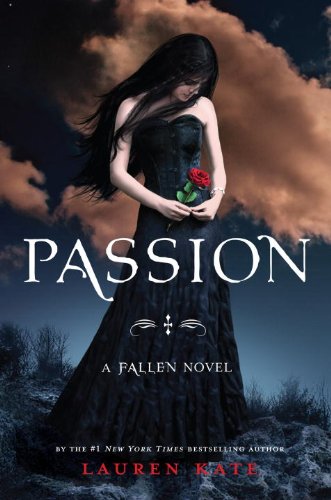 Luce would die for Daniel.

And she has. Over and over again. Throughout time, Luce and Daniel have found each other, only to be painfully torn apart: Luce dead, Daniel left broken and alone. But perhaps it doesn’t need to be that way. . . .

Luce is certain that something—or someone—in a past life can help her in her present one. So she begins the most important journey of this lifetime . . . going back eternities to witness firsthand her romances with Daniel . . . and finally unlock the key to making their love last.

Cam and the legions of angels and Outcasts are desperate to catch Luce, but none are as frantic as Daniel. He chases Luce through their shared pasts, terrified of what might happen if she rewrites history.

Because their romance for the ages could go up in flames . . . forever.

Sweeping across centuries, PASSION is the third novel in the unforgettably epic FALLEN series.

LAUREN KATE is the internationally bestselling author of The Betrayal of Natalie Hargrove and the Fallen novels:Fallen, Torment, Passion, and the forthcoming Rapture. Her books have been translated into more than thirty languages. She lives in Los Angeles with her husband.