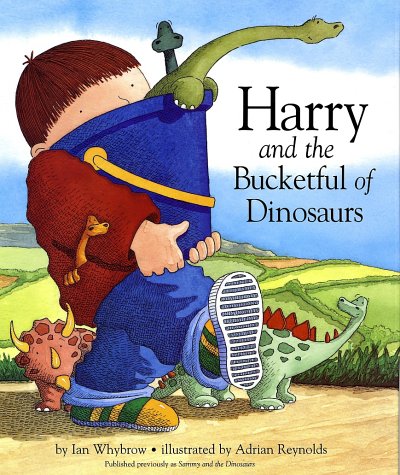 After finding some old dinosaurs in his Grandma's attic, Harry cleans them up and they become his constant companions, until Harry accidentally leaves one on board after an exciting train ride.

Harry finds some old dinosaurs in his Grandma’s attic. He cleans them up and makes them his own, carefully (and accurately) naming each one. Harry and his dinosaurs go everywhere together. But one day, after an exciting train ride, Harry accidentally leaves the dinosaurs on the train. Silly, charming illustrations accompany this whimsical text of a child being a child.

2. Harry and the Bucketful of Dinosaurs