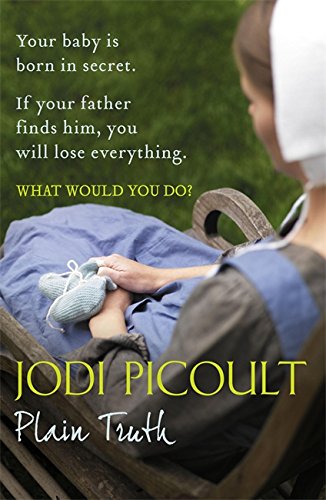 'Jodi Picoult is not one to shy away from fictional controversy; in fact, the more tangled and messy a moral dilemma appears, the better she likes it. -- Daily Mail Picoult has been incredibly successful in dissecting the pain that family members go through when faced with sensitive and emotive issues -- Daily Express Picoult, once again, grabs a razor-sharp issue and uses her brilliantly intricate pen to expose all the shades of grey with PERFECTION. -- Cosmopolitan

The discovery of a dead infant in an Amish barn shakes Lancaster County to its core. But the police investigation leads to a more shocking disclosure: circumstantial evidence suggests that eighteen-year-old Katie Fisher, an unmarried Amish woman believed to be the newborn's mother, took the child's life. When Ellie Hathaway, a disillusioned big city attorney, comes to Paradise, Pennsylvania, to defend Katie, two cultures collide and, for the first time in her high profile career, Ellie faces a system of justice very different from her own. Delving deep into the world of those who live 'plain', Ellie must find a way to reach Katie on her terms. As she unravels a tangled murder case, Ellie also looks deep within to confront her own fears and desires when a man from her past comes back into her life.