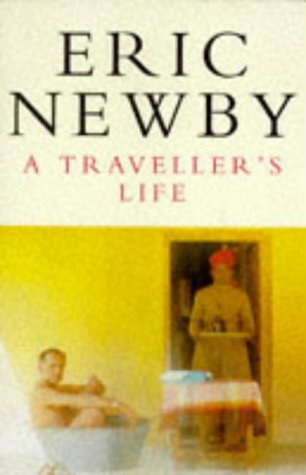 Cover worn. Shipped from the U.K. All orders received before 3pm sent that weekday.

Eric Newby's life of travel began with strange adventures in prams, forays into the lush jungles of Harrods with his mother and into the perilous slums of darkest Hammersmith on his way to school. Such beginnings aroused his curiosity about more outlandish places, a wanderlust satisfied equally by travels through the London sewers, by bicycle to Italy and through wildest New York. His book chronicles the whole range of situations into which he has thrown himself with characteristic verve and optimism, and his perception of the incongruous is as sharp when travelling abroad in search of high fashion, as buyer to a chain of department stores, as it is when recalling his reluctant participation in a tiger shoot in India. 'In order to belong to the inner circle of free-range travellers you have to be willing to choose the hard and hazardous bits - and this is where Eric Newby is so outstandingly good' - "Punch". 'Whatever his may be he allows us to accompany him vicariously on it ...and his book is a delight to read' - Auberon Waugh. 'Everything Eric Newby has written is a joy. This compendium is a treat' - Geoffrey Moorhouse. 'Eric Newby's admirers will not be disappointed' - "Listener".. NOTA: El libro no estß en espa±ol, sino en inglÚs.

Eric Newby (1919 - 2006) was an English travel writer, one of the most prolific of the twentieth century.

He served in the Black Watch and Special Boat Section from 1940 onwards, which took him to India, Egypt, and Sicily. This would launch his passion for travelling, which he would continue to do his entire life.