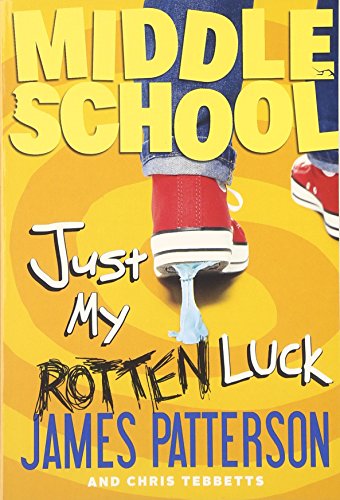 TOUCHDOWN! James Patterson will have kids busting out laughing as they follow lovable bad-boy Rafe's struggles to score big on the field--and in the social scene!

In this seventh Middle School episode, Rafe heads back to the place his misadventures began: the dreaded Hills Village Middle School, where he's now being forced to take "special" classes.. He also finds himself joining the school's football team--alongside his main tormenter, Miller the Killer! But Rafe has grand plans for a better year: First, he decides to start a super-secret art project that's sure to rock the school. Then, if Rafe manages to make a play to save his team, he might have to deal with something completely new: popularity!

James Patterson has had more New York Times bestsellers than any other writer, ever, according to Guinness World Records. Since his first novel won the Edgar Award in 1977 James Patterson's books have sold more than 300 million copies. He is the author of the Alex Cross novels, the most popular detective series of the past twenty-five years, including Kiss the Girls and Along Came a Spider. He writes full-time and lives in Florida with his family.