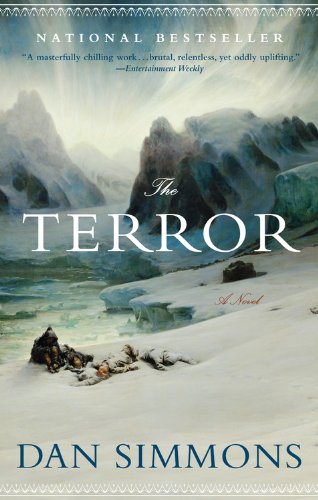 "Dan Simmons writes with the salty grace and precision of Patrick O'Brian. But in piling supernatural nightmare upon historical nightmare, layering mystery upon mystery, he has produced a turbocharged vision of popular doom." -Men's JournalGreeted with excited critical praise, this extraordinary novel-inspired by the true story of two ice ships that disappeared in the Arctic Circle during an 1845 expedition-swells with the heart-stopping suspense and heroic adventure that have won Dan Simmons praise as "a writer who not only makes big promises but keeps them" (Seattle Post-Intelligencer). THE TERROR chills readers to the core."Brutal, relentless, yet oddly uplifting, THE TERROR is a masterfully chilling work." -Entertainment Weekly"In the hands of a lesser writer than Dan Simmons, THE TERROR might well have dissolved into a series of frigid days and three-dog nights. But Simmons is too good a writer to ignore the real gold in his story-its beleaguered cast." -Bookpage"Guaranteed to have readers pulling their covers up to their noses, THE TERROR will make for a blood-freezing, bedtime read this winter-and any season thereafter." -Pages

Dan Simmons is a recipient of a Hugo Award and the author of critically acclaimed suspense and science fiction novels. He makes his home in Colorado.

5. The Terror (Paperback or Softback)

Descripción Paperback. Condición: New. Paperback. "Dan Simmons writes with the salty grace and precision of Patrick O'Brian. But in piling supernatural nightmare upon historical nightmare, layering mystery upon mystery, he has p.Shipping may be from multiple locations in the US or from the UK, depending on stock availability. 771 pages. 0.667. Nş de ref. del artículo: 9780316017459