Artículos relacionados a In Spite of Myself: A Memoir

Plummer, Christopher In Spite of Myself: A Memoir

In Spite of Myself: A Memoir 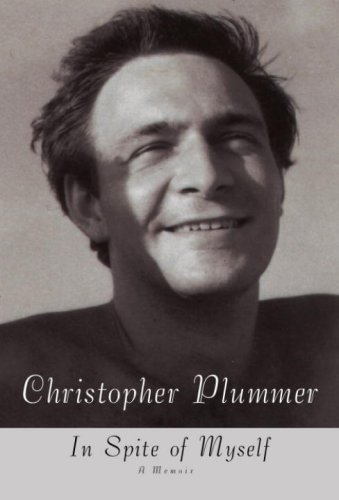 Canada’s most celebrated and acclaimed actor lets loose in a magnificent memoir that will delight and enchant readers across the country.

A rollicking, rich self-portrait written by one of today’s greatest living actors. The story of a “young wastrel, incurably romantic, spoiled rotten” – his privileged Montreal background, rich in Victorian gentility, included steam yachts, rare orchid farms, music lessons in Paris and Berlin – “who tore himself away from the ski slopes to break into the big, bad world of theater not from the streets up but from an Edwardian living room down.”

Plummer writes of his early acting days – on radio and stage with William Shatner and other fellow Canadians; of the early days of the Stratford Festival in southern Ontario; of his Broadway debut at twenty-four in The Starcross Story, starring Eva Le Gallienne (“It opened and closed in one night, but what a night!”); of joining Peter Hall’s Royal Shakespeare Company (its other members included Judi Dench, Vanessa Redgrave and Peter O’Toole); of his first picture, Stage Struck, directed by Sidney Lumet; and of The Sound of Music, which he affectionately dubbed “S&M.”

He writes about his legendary colleagues: Dame Judith Anderson (“the Tasmanian devil from Down Under”); Sir Tyrone Guthrie; Sir Laurence Olivier; Elia Kazan (“this chameleon of chameleons might change into you, wear your skin, steal your soul”); and “that reprobate” Jason Robards, among many others.

A revelation of the wild and exuberant ride that is the actor’s – at least this actor’s – life.

Christopher Plummer, a Companion of the Order of Canada, was born in Toronto, Ontario, and grew up in Montreal. He has acted in more than one hundred feature films, and he has starred in Great Britain’s National Theatre and the Royal Shakespeare Company, the Stratford Festival of Canada and sixteen Broadway plays. He received two Tony Awards for Best Actor (Barrymore; Cyrano), and has been nominated a total of seven times. He lives in Connecticut.

1. In Spite of Myself: A Memoir

2. In Spite of Myself: A Memoir Plummer, Christopher

3. In Spite of Myself: A Memoir Plummer, Christopher

4. In Spite of Myself: A Memoir Plummer, Christopher