The Generalship of Alexander the Great (Da Capo Paperback) 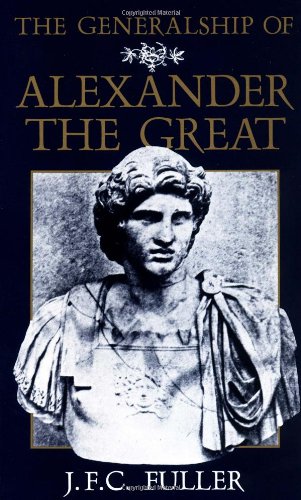 A brief and meteoric life (356-323 B.C.) Alexander was the greatest of all conquerors in the course of world history. He had a small army--seldom exceeding 40,000 men--but a constellation of bold, revolutionary ideas about the conduct of war and the nature of government. J. F. C. Fuller, one of the foremost military historians of the twentieth-century, was the first to analyze Alexander in terms of his leadership as a general. He has divided his study into two parts. The first, entitled "The Record," describes the background of the era, Alexander's character and training, the structure of the Macedonian army, and the geography of the world that determined the strategy of conquest. The second part, "The Analysis," takes apart the great battles, from Granicus to Hydaspes, and concludes with two chapters on Alexander's statesmanship. In a style both clear and witty, Fuller imparts the many sides to Alexander's genius and the full extent of his empire, which stretched from India to Egypt.

Major General J.F.C. Fuller (1878-1966) was one of the most important and original military thinkers of this century. He served as lieutenant in the Boer War, organized the first British tank corps in World War I, and developed the strategy and tactics of tank warfare which were later put to such effective use by the Nazis for their World War II blitzkriegs. His many books include A Military History of the Western World (3 volumes), The Generalship of Ulysses S. Grant, Julius Caesar: Man, Soldier, and Tyrant, and The Generalship of Alexander the Great, all of which are available from Da Capo Press/Perseus Book Group.

1. The Generalship Of Alexander The Great (Da Capo Paperback)