Artículos relacionados a The Prisoner of Heaven: The Cemetery of Forgotten Books...

Zafon, Carlos Ruiz The Prisoner of Heaven: The Cemetery of Forgotten Books 3

The Prisoner of Heaven: The Cemetery of Forgotten Books 3 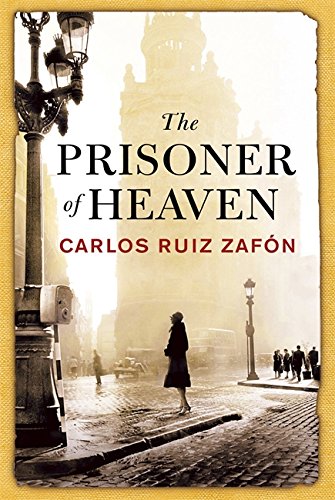 Zafon combines sincere engagement with genre tradition, with clever touches of the literary post-modern....This is explicitly, and joyously, a book about books, about what can be learned from them , and what is lost when they are lost. (Steven Poole THE GUARDIAN)

The Prisoner of Heaven is the third part of the story and, like the first, is narrated by Daniel Sempere. But it too contains stories within stories, and the real narrative here belings to the irrpressible Fermin Romero de Torress...Zafon's characters and dialogue are as lively and full-blooded as ever. (Stephanie Merritt THE OBSERVER)

Written with his characteristic exuberance, this wonderfully atmospheric, historical mystery is an adventure story of the highest class - fast paced and stylishly written. (GOOD BOOK GUIDE)

The third in the cycle of novels that began with THE SHADOW OF THE WIND and THE ANGEL'S GAME. THE PRISONER OF HEAVEN returns to the world of the Cemetery of Forgotten Books and the Sempere & Sons bookshop.

It begins just before Christmas in Barcelona in 1957, one year after Daniel and Bea from THE SHADOW OF THE WIND have married. They now have a son, Julian, and are living with Daniel's father at Sempere & Sons. Fermin still works with them and is busy preparing for his wedding to Bernarda in the New Year. However something appears to be bothering him.

Daniel is alone in the shop one morning when a mysterious figure with a pronounced limp enters. He spots one of their most precious volumes that is kept locked in a glass cabinet, a beautiful and unique illustrated edition of THE COUNT OF MONTE CRISTO. Despite the fact that the stranger seems to care little for books, he wants to buy this expensive edition. Then, to Daniel's surprise, the man inscribes the book with the words 'To Fermin Romero de Torres, who came back from the dead and who holds the key to the future'. This visit leads back to a story of imprisonment, betrayal and the return of a deadly rival.