ArtŪculos relacionados a A History of Ancient Britain

A History of Ancient Britain 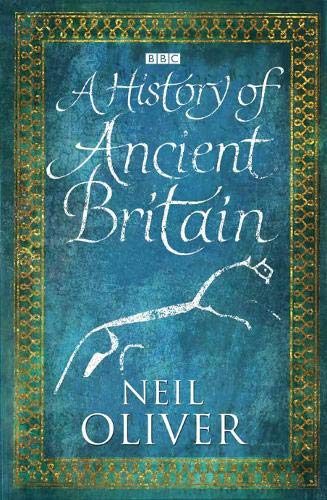 This is a fascinating piece of little-explored history (CATHOLIC HERALD)

a fine introduction, and an excellent encouragement to get out and see some of the places under discussion (Dave Musgrove BBC HISTORY MAGAZINE)

he succeeds - brilliantly - in making people who lived thousands and tens of thousands of years ago human. In doing so he connects us to our distant past with a vividness and immediacy that catches both your imagination and at times your breath. Buy and read. (John Clare Family Tree Magazine)

uses his archaeological training to good effect in a text that is both appealing and interesting - nay, fascinating - to those who have little or no training in scientific research. (CONTEMPORARY REVIEW)

Who were the first Britons, and what sort of world did they occupy? In A HISTORY OF ANCIENT BRITAIN Neil Oliver turns a spotlight on the very beginnings of the story of Britain; on the first people to occupy these islands and their battle for survival.

There has been human habitation in Britain, regularly interrupted by Ice Ages, for the best part of a million years. The last retreat of the glaciers 12,000 years ago brought a new and warmer age and with it, one of the greatest tsunamis recorded on Earth which struck the north-east of Britain, devastating the population and flooding the low-lying plains of what is now the North Sea. The resulting island became, in time, home to a diverse range of cultures and peoples who have left behind them some of the most extraordinary and enigmatic monuments in the world.

Through what is revealed by the artefacts of the past, Neil Oliver weaves the epic story - half -a-million years of human history up to the departure of the Roman Empire in the Fifth Century AD. It was a period which accounts for more than ninety-nine per cent of humankind's presence on these islands.

It is the real story of Britain and of her people.

1. A History of Ancient Britain

2. A History of Ancient Britain

3. A HISTORY OF ANCIENT BRITAIN