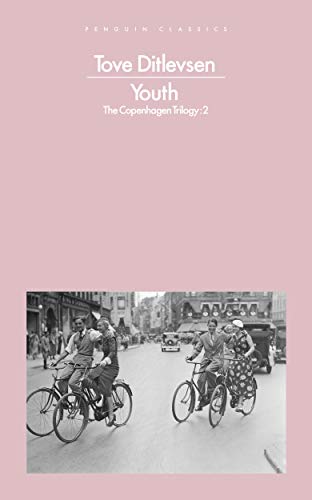 The second volume in The Copenhagen Trilogy, the searing portrait of a woman's journey through love, friendship, ambition and addiction, from one of Denmark's most celebrated twentieth-century writers

Forced to leave school early, Tove embarks on a chequered career in a string of low-paid, menial jobs. But she is hungry: for poetry, for love, for real life to begin. As Europe slides into war, she must navigate exploitative bosses, a Nazi landlady and unwelcome sexual encounters on the road to hard-won independence. Yet she remains ruthlessly determined in the pursuit of her poetic vocation - until at last the miracle she has always dreamed of appears to be within reach.

Youth, the second volume in The Copenhagen Trilogy, is a strikingly honest and immersive portrait of adolescence, filled with biting humour, vulnerability and poeticism.

Tove Ditlevsen was born in 1917 in a working-class neighbourhood in Copenhagen. Her first volume of poetry was published when she was in her early twenties, and was followed by many more books, including her three brilliant volumes of memoir, Childhood (1967), Youth (1967) and Dependency (1971). She married four times and struggled with alcohol and drug abuse throughout her adult life until her death by suicide in 1978.