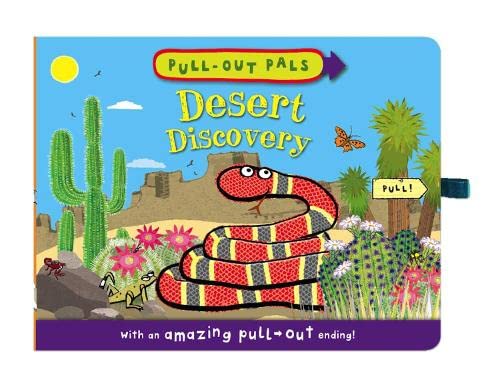 On his way to the oasis, Sidney the Snake bumps into all sorts of animals, each with an extraordinary quality, whether it be the bushiest tail in the desert...or the most beautiful feathers! Sidney's sad that there's nothing special about him...or is there? Find out by pulling the ribbon at the end of the story!

Emma Dodd studied Graphic Design and Illustration at Saint Martin's School of Art, London. Since qualifying in 1992 she has worked as an illustrator from her studio in Surrey, England. When not working, Emma and her family spend as much time as they can near the coast, surfing and walking. She has worked on many books, including the popular "Amazing Baby" series (Templar Publishing). The first book she wrote and illustrated herself, "What Pet to Get?" (Templar Publishing) was shortlisted for the 2006 Early Years Awards. Emma has also illustrated two previous titles in the PULL-OUT PALS series, selling over 80,000 copies worldwide!