Artículos relacionados a Politics, Law and Ritual in Tribal Society 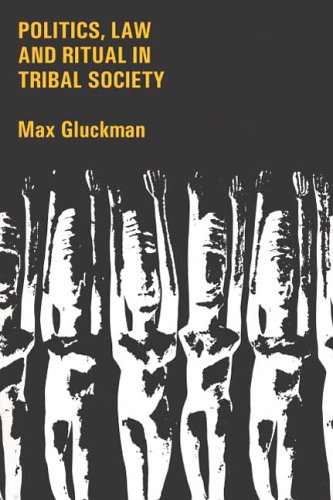 What can we learn from deceptively simple tribal soci eties about the ways in which man resolves his confl icts with other men? How can the social anthropologist aid in our understanding of the problems of power and social control common to all societies, from the simplest to the highly complex? What special tools of the anthropologist enable him to view these phenomena scientifically.

Max Gluckman (1911-1975) was head of the Department of Social Anthropology and Sociology at the University of Manchester. He is well known for his many books and articles on the peoples of South and Central Africa and on social anthropology in general. He was a political activist and was strongly against the use of colonies. He directly took on social problems and cultural discrepancies such as colonialism with racism, urbanization, and labor migration.