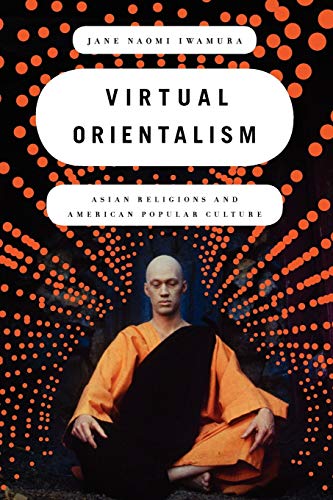 Críticas:
Virtual Orientalism represents an inspiring effort to debunk the myth of Orientalism in American popular media. It offers a close examination of visual and print media products that helped to form the cultural apparatus of hegemonic Orientalization. This enlightening work would be of interest to both scholars of cultural studies, gender and media studies, and religious studies, but also general readers who are interested in how American popular culture interacts with Asia and Asian influence. (Jinhua Li, Journal of American Studies of Turkey)
Reseńa del editor:
Saffron-robed monks and long-haired gurus have become familiar characters on the American pop culture scene. Jane Iwamura examines the contemporary fascination with Eastern spirituality and provides a cultural history of the representation of Asian religions in American mass media. Initial engagements with Asian spiritual heritages were mediated by monks, gurus, bhikkhus, sages, sifus, healers, and masters from a wide variety of ethnic backgrounds and religious traditions. Virtual Orientalism shows the evolution of these interactions, from direct engagements with specific individuals, to mediated relations with a conventionalized icon. Visually and psychically compelling, the Oriental Monk becomes for Americans a ''figure of translation'' - a convenient symbol for alternative spiritualities and modes of being. Through the figure of the non-sexual, solitary Monk, who generously and purposefully shares his wisdom with the West, Asian religiosity is made manageable - psychologically, socially, and politically - for American popular culture.