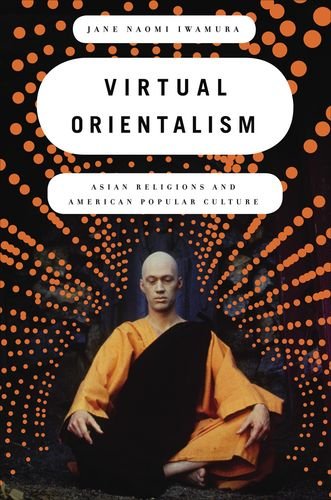 Críticas:
Jane Iwamura has an uncanny and impressive way of combining popular culture, hermeneutics, studies in digitalization, categories of ethnic and racial formation, and US religious studies. This book provides an important introduction to a set of major Orientalist figures in popular genres that has not yet been given adequate scholarly attention. Iwamura's approach to popular culture is very deft: she not only pays close attention to the images at hand, but exposes what she takes to be the national and racial anxieties at play there through a close reading of the images' dissonant interpretations. (Judith Butler, Maxine Elliot Professor of Rhetoric and Comparative Literature at the University of California at Berkeley)
Reseńa del editor:
Saffron-robed monks and long-haired gurus have become familiar characters on the American pop culture scene. Jane Iwamura examines the contemporary fascination with Eastern spirituality and provides a cultural history of the representation of Asian religions in American mass media. Initial engagements with Asian spiritual heritages were mediated by monks, gurus, bhikkhus, sages, sifus, healers, and masters from a wide variety of ethnic backgrounds and religious traditions. Virtual Orientalism shows the evolution of these interactions, from direct engagements with specific individuals, to mediated relations with a conventionalized icon. Visually and psychically compelling, the Oriental Monk becomes for Americans a ''figure of translation'' - a convenient symbol for alternative spiritualities and modes of being. Through the figure of the non-sexual, solitary Monk, who generously and purposefully shares his wisdom with the West, Asian religiosity is made manageable - psychologically, socially, and politically - for American popular culture.