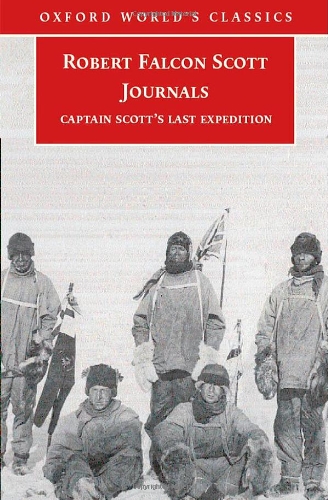 definitive...Max Jones and the publishers are to be congratulated on this new version of a classic story, and for offering it at such a reasonable price. It should be the last word for a very long time. (Polar Record 42)

'For God's sake look after our people' Captain Scott's harrowing account of his expedition to the South Pole in 1910-12 was first published in 1913. In his journals Scott records his party's optimistic departure from New Zealand, the hazardous voyage of theTerra Nova to Antarctica, and the trek with ponies and dogs across the ice to the Pole. On the way the explorers conduct scientific experiments, collect specimens, and get to know each other's characters. Their discovery that Amundsen has beaten them to their goal, and the endurance with which they face an 850-mile march to safety, have become the stuff of legend. This new edition publishes for the first time a complete list of the changes made to Scott's original text before publication. In his Introduction Max Jones illuminates the Journals' writing and publication, Scott's changing reputation, and the continued attraction of heroes in our cynical age.. NOTA: El libro no está en espańol, sino en inglés.