Artículos relacionados a The Biology of Chaetognaths 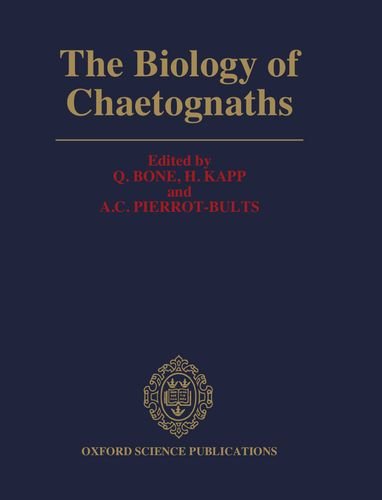 'At last! It is over 50 years ago since a comprehensive review on the biology of chaetognaths appeared....This book will be consulted as a reference work for many years ahead. It is a 'must' on the bookshelf for every higher degree student and researcher in zooplanktology, systematics and comparative morphology and physiology, as well as for teachers of zoology.' Journal of Natural History

Chaetognaths, or arrow-worms, are voracious carnivores which are exceptionally abundant in all the seas of the world. It is highly likely that their vast numbers render them of major ecological significance in marine planktonic communities, yet very little is known of the group, largely because of the lack (until now) of easily accessible information about them. This first comprehensive survey deals with all aspects of chaetognath biology, including much recent and unpublished work.

The twelve chapters of the book are contributed by leading scientists in chaetognath biology. Two chapters are devoted to taxonomic relationships both within the chaetognaths and between them and other animal groups; two chapters cover morphology and anatomy; four chapters are concerned with physiology and behaviour; three are devoted to ecology, including distributions and parasitism; and one chapter provides detailed information about the techniques necessary for studying chaetognaths.