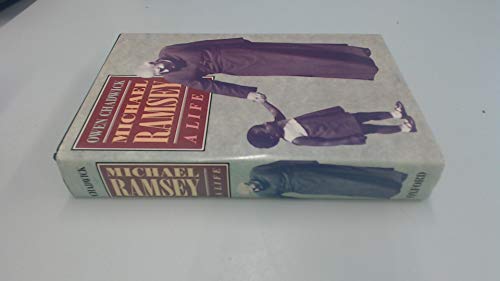 Lord Ramsey of Canterbury, Archbishop of Canterbury from 1961 to 1974, died on 23 April 1988. During the sixties and seventies he was approached several times by authors or publishers with the suggestion that his life should be written. On this, however, he had strong views: that it was wrong to publish anyone's biography while he or she lived. He therefore courteously rejected all applications. In 1980 he invited Professor Sir Owen Chadwick to be his biographer, when the time came. He handed over to Professor Chadwick the materials he possessed, gave him free access to the Lambeth Palace archives, and at Professor Chadwick's request wrote some "notes for the historian" on various matters. The resulting biography is a full account of Ramsey's life and works. Professor Chadwick opens with a description of the early years, and then concentrates on particular areas of Ramsey's life: his involvement with, and attitudes to, British moral and parliamentary law, race relations, homosexuality, Rhodesia, and apartheid; his travels around the world; the Lambeth Conference of 1968; and his attitude to and relationship with all denominations of the Christian Church. Professor Chadwick then reflects on Ramsey's personal spirituality and brings the account to a close with a narration of Ramsey's retirement and death in Oxford.