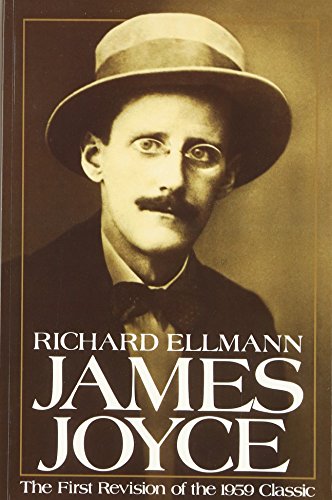 Spine curved, bookseller's marks, foxing and marking to page edges. Shipped from the U.K. All orders received before 3pm sent that weekday.

`a superlatively good biography of Joyce. It assembles, with a mastery Joyce himself would have admired, a great mass of published and unpublished testimony...It is informed by critical comment of high quality.' Frank Kermode, Observer.

`It is deeply erudite and tremendously comprehensive, but more than that, it is compellingly readable and beautifully written.' Times Literary Supplement.

`One of the great critical biographies of our generation.'Guardian.

''Perhaps the greatest literary biography ever ... Ellmann achieves a prodigious feat of scholarship.' ___The Observer___

`Perhaps the greatest literary biography ever written...Ellmann achieves a prodigious feat of scholarship, one even more comprehensive than (and as readable as) his recent life of Wilde.' ___Observer___

Richard Ellmann has revised and expanded his definitive work on Joyce's life to include newly discovered primary material, including details of a failed love affair, a limerick about Samuel Beckett, a dream notebook, previously unknown letters, and much more.