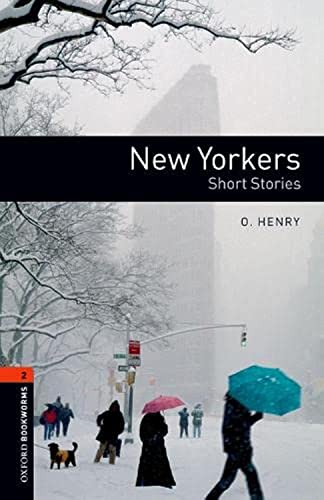 A housewife, a tramp, a lawyer, a waitress, an actress - ordinary people living ordinary lives in New York at the beginning of the twentieth century. The city has changed greatly since that time, but its people are much the same. Some are rich, some are poor, some are happy, some are sad, some have found love, some are looking for love. O. Henry's famous short stories - sensitive, funny, sympathetic - give us vivid pictures of the everyday lives of these New Yorkers.

O. Henry (William Sydney Porter, 1862-1910) was an American short-story writer. In his writing, O. Henry was able to catch the color and movement of the city and showed a genuine sympathy for ordinary people. Some of his works include "Cabbages and Kings", "Roads of Destiny", and "Strictly Business" among many others.