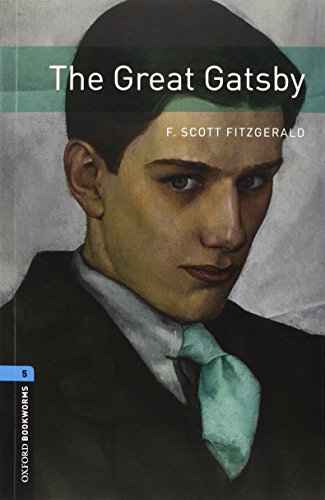 James Dickey Now we have an American masterpiece in its final form: the original crystal has shaped itself into the true diamond. This is the novel as Fitzgerald wished it to be, and so it is what we have dreamed of, sleeping and waking

Ideal for confident learners of English looking to improve or consolidate their English. The book is filled with useful vocabulary that is carefully graded to level, it also comes with audio, so that you can listen to the story at the same time as reading.Gatsby's mansion on Long Island blazes with light, and the beautiful, the wealthy, and the famous drive out from New York to drink Gatsby's champagne and to party all night long. But Jay Gatsby, the owner of all this wealth, wants only one thing - to find again the woman of his dreams, the woman he has held in his heart and his memory for five long years.The Great Gatsby, F. Scott Fitzgerald's masterpiece, is one of the great American novels of the twentieth century. It captures perfectly the Jazz Age of the 1920s, and goes deep into the hollow heart of the American Dream. (2013-03-07)