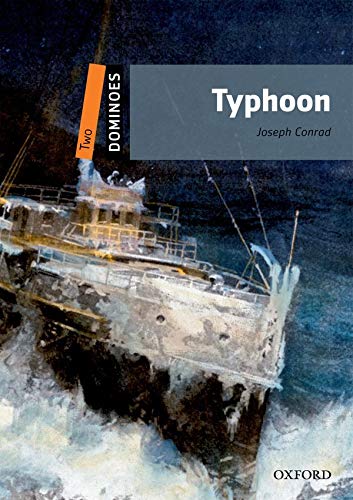 Ideal for intermediate learners of English looking to improve or practise their English. The book is filled with useful vocabulary that is carefully graded and easy to understand, it also comes with audio, so that you can listen to the story at the same time as reading.'All men are created equal ...'When Thomas Jefferson wrote these words in June 1776, in the American Declaration of Independence, he started something that was very much bigger than he imagined.This book looks at the history around that Declaration, and at the Revolution that led to the birth of the United States of America.

'There's some bad weather out there,' Captain MacWhirr said to himself just before he sailed his ship, the Nan-Shan, into the middle of the most terrible storm in the South China Sea. The typhoon brings out the best in some men on the ship, and the worst in others. Can MacWhirr bring the ship through the storm safely? And what will happen to all the poor Chinese workers travelling home down in the ship's hold?