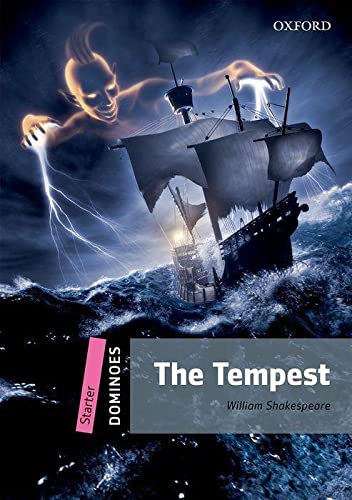 Prospero, the Duke of Milan, and his daughter Miranda are far away from home, alone on an island in the middle of the Mediterranean Sea. They want to return to Milan... Then, one day, Prospero sees a ship near the island carrying his greatest enemies. Prospero, with the help of his magic and the island spirit, Ariel, makes a magic storm - a tempest - to bring them to the island.

Descripción Oxford University Press, 2009. Paperback. Condición: New. Parker, Andy Ilustrador. 2nd. Paperback. Dominoes is a full-colour, interactive readers series that offers students a fun reading experience while building their language skills. With integrated activities and on-page glossaries .Shipping may be from multiple locations in the US or from the UK, depending on stock availability. 56 pages. 0.116. Nş de ref. del artículo: 9780194247078