Artículos relacionados a The Demon Headmaster 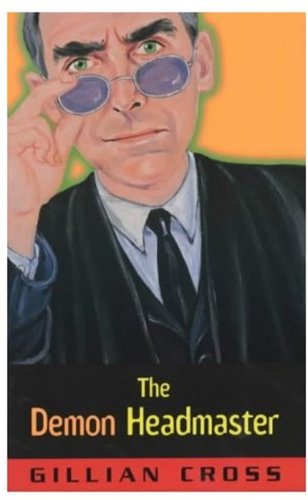 On the first day at her new school, Dinah realizes something is horribly wrong. The children are strangely neat and well-behaved; they even work during playtime. What makes them behave this way? The answer is fear, but what is the secret of the Headmaster's control? Recently voted one of the top 20 books of the last 20 years, this is the first title in the best-selling series which inspired the top-rating TV series.

Gillian Cross was born on the edge of London and, for as long as she can remember, has loved books and stories. She was still at school when she started to write books though, she admits, she never had any time to finish any of them off. She has now published many children's books with OUP, and won many prizes, including The Smarties Book Prize and The Whitbread Children's Book Award. She has been translated into twelve languages worldwide, and has established herself as a master of the novel for older children/young adults. The Demon Headmaster books have now been adapted for BBC Children's TV. Gillian lives in Coventry.

Descripción Oxford University Press, 2003. Paperback. Condición: Very Good. The book has been read, but is in excellent condition. Pages are intact and not marred by notes or highlighting. The spine remains undamaged. Nş de ref. del artículo: GOR005164897

Descripción Oxford University Press, 2003. Paperback. Condición: Fair. A readable copy of the book which may include some defects such as highlighting and notes. Cover and pages may be creased and show discolouration. Nş de ref. del artículo: GOR010710726