Artículos relacionados a The Cave 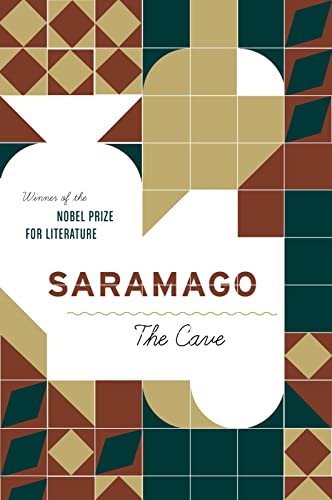 "A compassionate study of loyalty, love and the ways in which people face the forces trying to obliterate their spirit."
--Francine Prose "People Magazine "

"The teensiest bit of plot is meaningfully, accessibly stretched into something enormous."
--Entertainment Weekly

"Saramago says he is really an essayist who took to writing novels. This is true. But the novels are masterly."
--Seattle Times

"Another masterpiece from a remarkable writer who really may be, as many readers believe, the greatest living novelist."
--Boston Globe

"Arguably the greatest writer of our time. He throw[s] a dazzling flash of lightning on his subjects."
--Chicago Tribune

Informed that his clay pots and jugs are no longer needed in light of plastic alternatives, elderly potter Cipriano applies his craft to the making of ceramic dolls, but his family's subsequent successes are compromised by a terrible discovery that causes them to leave their home. By the Nobel Prize-winning author of Blindness. Reprint. 50,000 first printing.

Descripción Mariner Books, Australia, 2003. Paperback. Condición: New. Reprint. Language: English. Brand new Book. "[The Cave] is yet another triumph . . . for Portugal's, or even the world's, greatest novelist. Read it." -- Washington Post A genuinely brilliant novel." -- Chicago Tribune Cipriano Algor, an elderly potter, lives with his daughter Marta and her husband Marcal in a small village on the outskirts of The Center, an imposing complex of shops and apartments to which Cipriano delivers his wares. One day, he is told not to make any more deliveries. Unwilling to give up his craft, Cipriano tries his hand at making ceramic dolls. Astonishingly, The Center places an order for hundreds. But just as suddenly, the order is canceled and the penniless three have to move from the village into The Center. When mysterious sounds of digging emerge from beneath their new apartment, Cipriano and Marcal investigate; what they find transforms the family's life. Filled with the depth, humor, and extraordinary philosophical richness that marks all of Saramago's novels, The Cave is one of the essential books of our time. Nş de ref. del artículo: AAC9780156028790

5. The Cave (Paperback or Softback)

Descripción Harcourt, San Diego, CA, 2003. Soft cover. Condición: New. First US Paper. An edlerly potter lives on the outskirts of The Center - a complex of shops & apartments to which he delivers his wares. One day, he is told not to make any more deliveries. Penniless, he moves with his daughter & son-in-law to the Center. Mysterious sounds of digging beneath his apartment causes him to investigate - what he finds transforms his family's life. Translated from Portuguese by Margaret Jull Costa. 307 pages. List price is $14.00. Nş de ref. del artículo: 11286