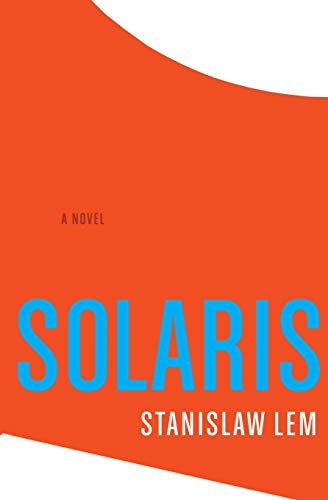 Who's testing whom? When Kris Kelvin arrives at the planet Solaris to study the ocean that covers its surface, he is forced to confront a painful, hitherto unconscious memory embodied in the living physical likeness of a long-dead lover. Others examining the planet, Kelvin learns, are plagued with their own repressed and newly corporeal memories. Scientists speculate that the Solaris ocean may be a massive brain that creates these incarnate memories, its purpose in doing so unknown.
The first of Lem's novels to be published in America and now considered a classic, SOLARIS raises a question: Can we truly understand the universe around us without first understanding what lies within?

When psychologist Kris Kelvin arrives at the planet Solaris to study the ocean that covers its surface, he finds himself confronting a painful memory embodied in the physical likeness of a past lover. Kelvin learns that he is not alone in this and that other crews examining the planet are plagued with their own repressed and newly real memories. Could it be, as Solaris scientists speculate, that the ocean may be a massive neural center creating these memories, for a reason no one can identify?

Long considered a classic, Solaris asks the question: Can we understand the universe around us without first understanding what lies within?

“A novel that makes you reevaluate the nature of intelligence itself.” —Anne McCaffrey

Stanislaw Lem (1921–2006) is the author of many works bearing the broad label of “science fiction” and others ranging in genre and style from satire to philosophy. Lem’s books have been translated into forty-one languages and have sold over forty-five million copies.