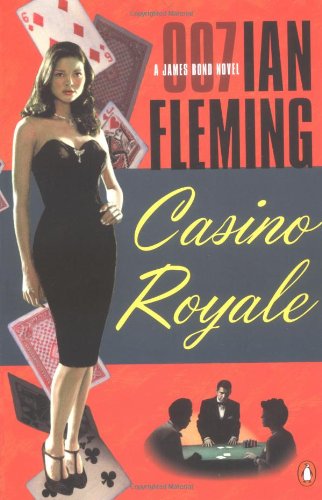 In the first James Bond novel, originally published in 1953, 007 takes on Le Chiffre, a French communist and paymaster of the Soviet murder organization SMERSH, as the suave agent becomes involved in a high-stakes game of baccarat, enjoys a fiery love affair with a sexy female spy, and endures torture at the hands of a master sadist. Reprint.

Ian Fleming (1908-1964), creator of the world's best-known secret agent, is the author of fourteen James Bond books. Born in London in 1908 and educated at Eton and Sandhurst, he became the Reuters Moscow correspondent in 1929. In the spring of 1939, Fleming went back to Moscow as a special correspondent for the London Times. In June of that same year, he joined Naval Intelligence and served throughout World War II, finally earning the rank of Commander, RNVSR (Sp.). Much of the James Bond material was drawn directly from Fleming's experiences as an intelligence officer. Later, Fleming became a consultant on foreign affairs for the London Sunday Times, by which time he had become far better known as the creator of James Bond.