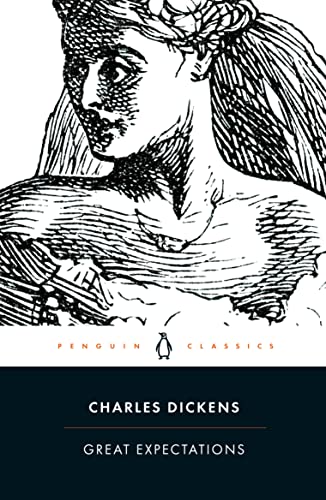 "No story in the first person was ever better told."

Dickens's haunting late novel depicts the education and development of a young man, Pip, as his life is changed by a series of events - a terrifying encounter with an escaped convict in a graveyard on the wild Kent marshes; a summons to meet the bitter, decaying Miss Havisham and her beautiful, cold-hearted ward Estella; the sudden generosity of a mysterious benefactor - and he discovers the true nature of his 'great expectations'. This definitive edition includes appendices on Dickens's original ending, giving an illuminating glimpse into a great novelist at work.

Descripción Paperback. Condición: New. Revised ed. Language: English. Brand new Book. 'Great Expectations is up there for me with the world's greatest novels' Howard Jacobson. Nominated as one of America's best-loved novels by PBS's The Great American Read Charles Dickens's Great Expectations charts the course of orphan Pip Pirrip's life as it is transformed by a vast, mysterious inheritance. A terrifying encounter with the escaped convict Abel Magwitch in a graveyard on the wild Kent marshes; a summons to meet the bitter, decrepit Miss Havisham and her beautiful, cold-hearted ward Estella at Satis House; the sudden generosity of a mysterious benefactor - these form a series of events that change the orphaned Pip's life forever, and he eagerly abandons his humble station as an apprentice to blacksmith Joe Gargery, beginning a new life as a gentleman. Charles Dickens's haunting late novel depicts Pip's education and development through adversity as he discovers the true nature of his identity, and his 'great expectations'. This definitive version uses the text from the first published edition of 1861. It includes a map of Kent in the early nineteenth century, and appendices on Dickens's original ending and his working notes, giving readers an illuminating glimpse into the mind of a great novelist at work. For more than seventy years, Penguin has been the leading publisher of classic literature in the English-speaking world. With more than 1,700 titles, Penguin Classics represents a global bookshelf of the best works throughout history and across genres and disciplines. Readers trust the series to provide authoritative texts enhanced by introductions and notes by distinguished scholars and contemporary authors, as well as up-to-date translations by award-winning translators. Nş de ref. del artículo: AAZ9780141439563