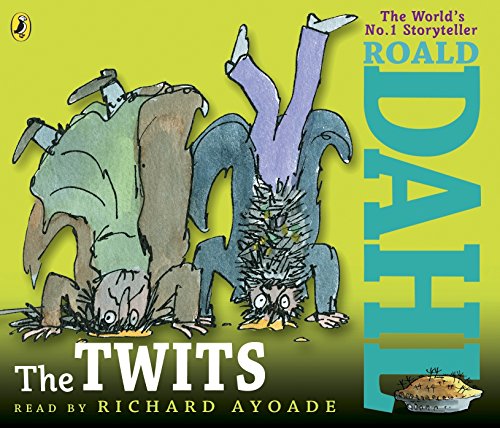 Puffin Audiobooks presents a marvellous new reading of Roald Dahl's The Twits read by IT Crowd star Richard Ayoade. The audiobook features original music.
Mr Twit is a foul and smelly man with bits of cornflake and sardine in his beard.
Mrs Twit is a horrible old hag with a glass eye.

They've kept Muggle-Wump monkeys caged in the garden for far too long, and now the monkeys want to take their revenge . . .

Listen to THE TWITS and other Roald Dahl audiobooks read by some very famous voices, including Kate Winslet, David Walliams and Steven Fry - plus there are added squelchy soundeffects from Pinewood Studios!

Look out for new Roald Dahl apps in the App store and Google Play- including the disgusting TWIT OR MISS! inspired by the revolting Twits.