Artículos relacionados a The Magic Finger 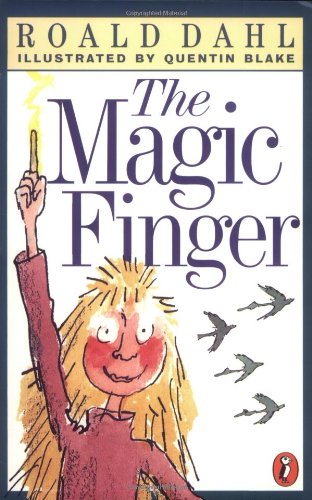 The Gregg family loves hunting, but their eight-year-old neighbor can't stand it. After countless pleas for them to stop are ignored, she has no other choice -- she has to put her magic finger on them. Now the Greggs are a family of birds, and like it or not, they're going to find out how it feels to be on the other end of the gun.