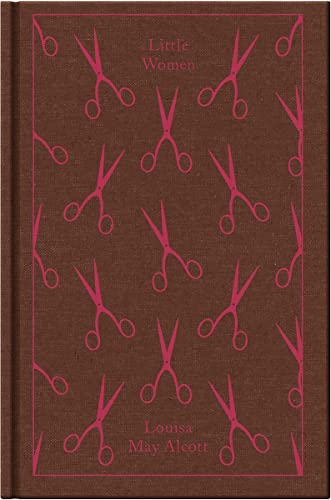 Part of Penguin's beautiful hardback Clothbound Classics series, designed by the award-winning Coralie Bickford-Smith, these delectable and collectible editions are bound in high-quality colourful, tactile cloth with foil stamped into the design. Meg, Jo, Amy and Beth - four "little women" enduring hardships and enjoying adventures in Civil War New England The charming story of the March sisters, Little Women has been adored by generations. Readers have rooted for Laurie in his pursuit of Jo's hand, cried over little Beth's death, and dreamed of traveling through Europe with old Aunt March and Amy., Future writers have found inspiration in Jo's devotion to her writing. In this simple, enthralling tale, both parts of which are included here, Louisa May Alcott has created four of American literature's most beloved women.

Louisa May Alcott (1832-88) was brought up in Pennsylvania, USA. She turned to writing in order to supplement the family income and had many short stories published in magazines and newspapers. She was reluctant to write a children's book but then realized that in herself and her three sisters she had the perfect models. The result was Little Women (1868) which became the earliest American children's novel to become a classic.