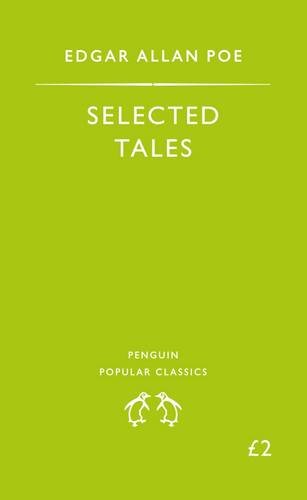 Since their first publication in the 1830s and 1840s, Edgar Allan Poe's extraordinary Gothic tales have established themselves as classics of horror fiction and have also created many of the conventions which still dominate the genre of detective fiction. As well as being highly enjoyable, Poe's tales are works of very real intellectual exploration. Attentive to the historical and political dimensions of these very American tales, this new selection places the most popular -- `The Fall of the House of Usher', `The Masque of the Red Death', `The Murders in the Rue Morgue; and `The Purloined Letter' -- alongside less well-known travel narratives, metaphysical essays and political satires.

Edgar Allan Poe (1809-49) was born in Boston and orphaned at an early age. Taken in by a couple from Richmond, Virginia, he spent a semester at the University of Virginia but could not afford to stay longer. After joining the Army and matriculating as a cadet, he started his literary career with the anonymous publication of Tamerlane and Other Poems, before working as a literary critic. His life was dotted with scandals, such as purposefully getting himself court-martialled to ensure dismissal from the Army, being discharged from his job at the Southern Literary Messenger in Richmond after being found drunk by his boss, and secretly marrying his thirteen-year-old cousin Virginia (listed twenty-one on the marriage certificate). His work took him to both New York City and Baltimore, where he died at the age of forty, two years after Virginia.