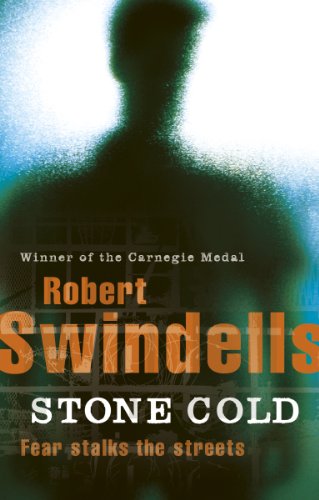 Stone Cold is an exciting and disturbing thriller by Robert Swindells

A tense, exciting thriller combined with a perceptive and harrowing portrait of life on the streets as a serial killer preys on the young and vulnerable homeless. 17-year-old Link is distrustful of people until he pairs up with Deb, homeless like him. But what Deb doesn't tell him is that she's an ambitious young journalist on a self-imposed assignment to track down the killer and that she's prepared to use herself as bait ...

Winner of the Carnegie Medal

Robert Swindells lives on the Yorkshire moors and is a full-time writer. He has won the Children's Book Award twice, for BROTHER IN THE LAND and for ROOM 13. In 1994, he won the Carnegie Medal for STONE COLD, and also the Sheffield Book Award.

Robert Swindells was born in Bradford in 1939 and continues to live in Yorkshire. He left school at 15 and worked in a variety of jobs, including primary school teaching, before becoming a full-time writer. His widely acclaimed novels often reflect his political passions, such as BROTHER IN THE LAND, which is set in the aftermath of a nuclear war. He has won the Red House Children's Book Prize several times and in 1993 he won the prestigious Carnegie Medal for STONE COLD, a young adult novel about homelessness.