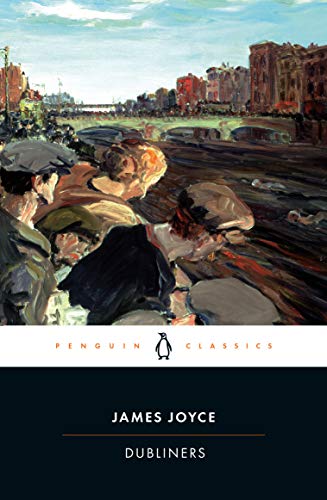 In these masterful stories, steeped in realism, Joyce creates an exacting portrait of his native city, showing how it reflects the general decline of Irish culture and civilization. Joyce compels attention by the power of its unique vision of the world, its controlling sense of the truths of human experience.[...]

"In Dubliners, Joyce's first attempt to register in language and fictive form the protean complexities of the 'reality of experience, ' he learns the paradoxical lesson that only through the most rigorous economy, only by concentrating on the minutest of particulars, can he have any hope of engaging with the immensity of the world."-from the Introduction "Joyce renews our apprehension of reality, strengthens our sympathy with our fellow creatures, and leaves us in awe before the mystery of created things." -Atlantic Monthly "It is in the prose of Dubliners that we first hear the authentic rhythms of Joyce the poet...Dubliners is, in a very real sense, the foundation of Joyce's art. In shaping its stories, he developed that mastery of naturalistic detail and symbolic design which is the hallmark of his mature fiction." -Robert Scholes and A. Walton Litz, authors of Dubliners: Text and Criticism With an Introduction by John Kelly

"Dubliners" was completed in 1905, but a series of British and Irish publishers and printers found it offensive and immoral, and it was suppressed. The book finally came out in London in 1914, just as Joyce's "Portrait of the Artist as a Young Man" began to appear in the journal "Egoist" under the auspices of Ezra Pound. The first three stories in "Dubliners" might be incidents from a draft of "Portrait of the Artist," and many of the characters who figure in "Ulysses" have their first appearance here, but this is not a book of interest only because of its relationship to Joyce's life and mature work. It is one of the greatest story collections in the English language--an unflinching, brilliant, often tragic portrait of early twentieth-century Dublin. The book, which begins and ends with a death, moves from "stories of my childhood" through tales of public life. Its larger purpose, Joyce said, was as a moral history of Ireland.

Descripción Paperback. Condición: New. Language: English. Brand new Book. A definitive edition of perhaps the greatest short story collection in the English languageJames Joyce's Dubliners is a vivid and unflinching portrait of "dear dirty Dublin" at the turn of the twentieth century. These fifteen stories, including such unforgettable ones as "Araby," "Grace," and "The Dead," delve into the heart of the city of Joyce's birth, capturing the cadences of Dubliners' speech and portraying with an almost brute realism their outer and inner lives. Dubliners is Joyce at his most accessible and most profound, and this edition is the definitive text, authorized by the Joyce estate and collated from all known proofs, manuscripts, and impressions to reflect the author's original wishes.For more than seventy years, Penguin has been the leading publisher of classic literature in the English-speaking world. With more than 1,700 titles, Penguin Classics represents a global bookshelf of the best works throughout history and across genres and disciplines. Readers trust the series to provide authoritative texts enhanced by introductions and notes by distinguished scholars and contemporary authors, as well as up-to-date translations by award-winning translators. Nş de ref. del artículo: ABZ9780140186475