Artículos relacionados a Geomorphology: A Systematic Analysis of Late Cenozoic... 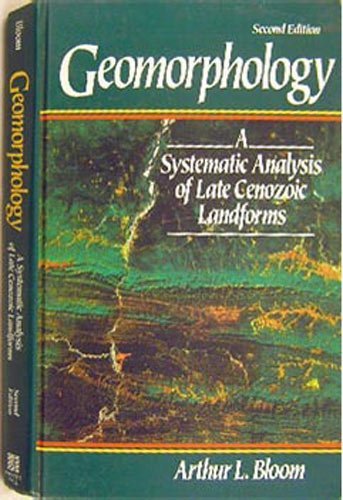 A systematic analysis of landforms of the late Cenzoic Era that fully covers the constructional processes of tectonism and volcanism and the erosional processes of weathering, flurial erosion, glaciers, winds, and waves.

It explains each set of processes and the resulting landforms in a separate chapter to provide a comprehensive, nonmathematical overview of the subject. Coverage of rock weathering includes more discussion of soils, soil formation, and soils chronosequences, which tell about the evolution of the present landscape. A chapter on The Last Glacial-Interglacial Cycle", stresses the intensity of change during and since the last ice age when human civilization has risen, and appeals to readers to understand change as a normal factor of life on Earth.