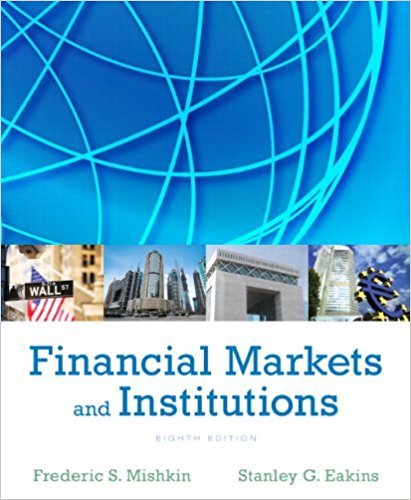 Frederic S. Mishkin is the Alfred Lerner Professor of Banking and Financial Institutions at the Graduate School of Business, Columbia University. From September 2006 to August 2008, he was a member (governor) of the Board of Governors of the Federal Reserve System. He is also a research associate at the National Bureau of Economic Research and past president of the Eastern Economics Association. Since receiving his Ph.D. from the Massachusetts Institute of Technology in 1976, he has taught at the University of Chicago, Northwestern University, Princeton University, and Columbia University. He has also received an honorary professorship from the People's (Renmin) University of China. From 1994 to 1997, he was executive vice president and director of research at the Federal Reserve Bank of New York and an associate economist of the Federal Open Market Committee of the Federal Reserve System. Professor Mishkin's research focuses on monetary policy and its impact on financial markets and the aggregate economy. He is the author of more than twenty books, including Macroeconomics: Policy and Practice, Second Edition (Pearson, 2015); The Economics of Money, Banking and Financial Markets, Tenth Edition (Pearson, 2013); Monetary Policy Strategy (MIT Press, 2007); The Next Great Globalization: How Disadvantaged Nations Can Harness Their Financial Systems to Get Rich (Princeton University Press, 2006); Inflation Targeting: Lessons from the International Experience (Princeton University Press, 1999); Money, Interest Rates, and Inflation (Edward Elgar, 1993); and A Rational Expectations Approach to Macroeconometrics: Testing Policy Ineffectiveness and Efficient Markets Models (University of Chicago Press, 1983). In addition, he has published more than 200 articles in such journals as American Economic Review, Journal of Political Economy, Econometrica, Quarterly Journal of Economics, Journal of Finance, Journal of Applied Econometrics, Journal of Economic Perspectives, and Journal of Money Credit and Banking. Professor Mishkin has served on the editorial board of the American Economic Review and has been an associate editor at the Journal of Business and Economic Statistics, Journal of Applied Econometrics, Journal of Economic Perspectives, Journal of Money, Credit and Banking, Journal of International Money and Finance; he also served as the editor of the Federal Reserve Bank of New York's Economic Policy Review. He is currently an associate editor (member of the editorial board) at five academic journals, including International Finance; Finance India; Emerging Markets, Finance and Trade; Review of Development Finance and Borsa Economic Review. He has been a consultant to the Board of Governors of the Federal Reserve System, the World Bank and the International Monetary Fund, as well as to many central banks throughout the world. He was also a member of the International Advisory Board to the Financial Supervisory Service of South Korea and an adviser to the Institute for Monetary and Economic Research at the Bank of Korea. Professor Mishkin has also served as a senior fellow at the Federal Deposit Insurance Corporation's Center for Banking Research, and as an academic consultant to and member of the Economic Advisory Panel of the Federal Reserve Bank of New York. Stanley G. Eakins has notable experience as a financial practitioner, serving as vice president and comptroller at the First National Bank of Fairbanks and as a commercial and real estate loan officer. A founder of the Denali Title and Escrow Agency, a title insurance company in Fairbanks, Alaska, he also ran the operations side of a bank and was the chief finance officer for a multimillion-dollar construction and development company. Professor Eakins received his Ph.D. from Arizona State University. He is the Dean for the College of Business at East Carolina University. His research is focused primarily on the role of institutions in corporate control and how they influence investment practices. He is also interested in integrating multimedia tools into the learning environment and has received grants from East Carolina University in support of this work. A contributor to journals such as the Quarterly Journal of Business and Economics, the Journal of Financial Research, and the International Review of Financial Analysis, Professor Eakins is also the author of Corporate Finance Online (CFO) (Pearson, 2014), a multimedia online text designed from the ground up for electronic delivery.

Descripción Pearson, 2014. soft cover. Condición: New. International Edition. No supplemental materials. International Editions may have a different cover or ISBN but generally have the exact same content as the US edition, just at a more affordable price. In some cases, end of chapter questions may vary slightly from the US edition. International Editions are typically printed in grayscale, and likely will not have any color throughout the book. New. Books ship from multiple locations depending on availability. All orders are shipped with tracking information. We take pride in our customer service. Please contact us if you have any questions regarding this listing. Nş de ref. del artículo: 11152